In case of privacy, Whatsapp has no fear of losing its users.

The Competition Commission of India (CCI) during a hearing on WhatsApp's new policy said that there is no strong competitor in India, WhatsApp does not want to give users a favorable choice. He is not afraid that users will fall. This is a loss of monopoly. 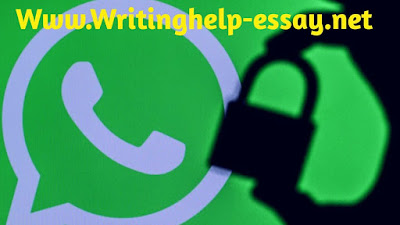 The commission said that if users choose another platform, it would be a long and tedious task to delete their old data from WhatsApp and choose another option, which is being exploited by the platform.

The commission took note of the news published in the newspaper on January 19 announcing the new policy levels. California-based company WhatsApp and Facebook were named as defendants. Asked at the hearing, Facebook said that although WhatsApp is its company, its work is different, so it should be kept separate from the case.

The commission said the answer was fraudulent. WhatsApp's new policy will directly benefit it, but it is pretending to be unaware. It will not be separated from the case. '

The new policy is also concerned about business competition, the

commission said, adding that WhatsApp's policy does not explicitly state how data will be shared with the rest of Facebook's companies. One objective comes out that this will give users targeted ads. But it raises concerns about business competition.

This can give the same platform the opportunity to expand the monopoly of business and products over which no one has control. This will also hurt consumers. It is also against the law.

Take a look at the whole case:

WhatsApp has started threatening users under the privacy policy that those who do not accept it will close their accounts on February 8. The deadline was later extended to May 15. In the policy, WhatsApp says under what circumstances it will use user information on Facebook and the rest of its platform.

WhatsApp was also not working

On February 25, WhatsApp offered to hand over the lawyers, who refused. He said the policy has not yet been implemented, but has been extended to May 15, so it is too early to take note of the allegations of monopoly and commission.

This argument was rejected by the Commission. That said, by collecting large amounts of data in the digital market and sharing it from one platform to another, a competitive environment can be created. It comes under the law of competition. WhatsApp has announced a new privacy policy. It is being monitored under the law.